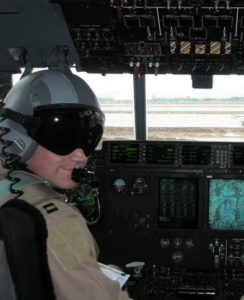 For many Americans, Veteran’s Day is merely one of those national holidays where banks are closed, mail isn’t delivered, and city parades wreak havoc on traffic.  For me, it is one of those rare moments to formally honor and recognize the men and women who wear the uniform, serve our great nation, and fight to preserve the freedoms we civilians take for granted all too often.  My personal hero is my little brother, Lieutenant Colonel select Don E. Rolleg of the United States Air Force. 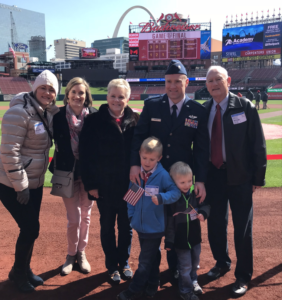 Don, or “Dooper” as he is known in our family circle, graduated from the US Air Force Academy in 2003 as 2nd Lieutenant with a degree in Business Management.  He went to Vance AFB in Enid, OK and earned his pilot’s wings in 2005.  He was stationed at Little Rock AFB where he completed his Master’s Degree in Aeronautical Science, then Randolph AFB in San Antonio, and is now stationed at Scott AFB outside St. Louis, MO. 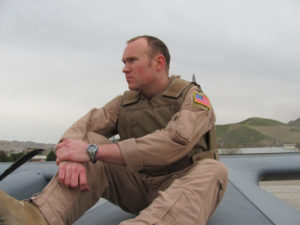 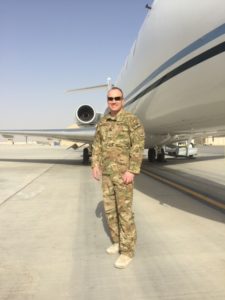 He’s been promoted to Captain, then Major, and will be pinned as Lieutenant Colonel in the spring at a special ceremony in Busch Stadium at the Cardinal’s home opener in St. Louis. My brother loves what he does. He is a great pilot and an equally great leader.  “I am very lucky to have a very exciting and successful career. None of it would be possible without the support of the Lord, my family, friends and coworkers. I’m thankful for the confidence entrusted in me by my supervisors and for the opportunities to flourish. It’s a privilege serving with some of the best enlisted members and officers. Thank you for your service.”

Don attributes much of his success to his approach and philosophy on leadership.

“Leadership is all about knowing your people. A great leader puts his people first. If so, everything else will take care of itself.”

So this Veteran’s Day, and every day, I salute and pay tribute to my brother, and all those like him, for their service and sacrifice.  I love you, Doop!  Thank you for your service!